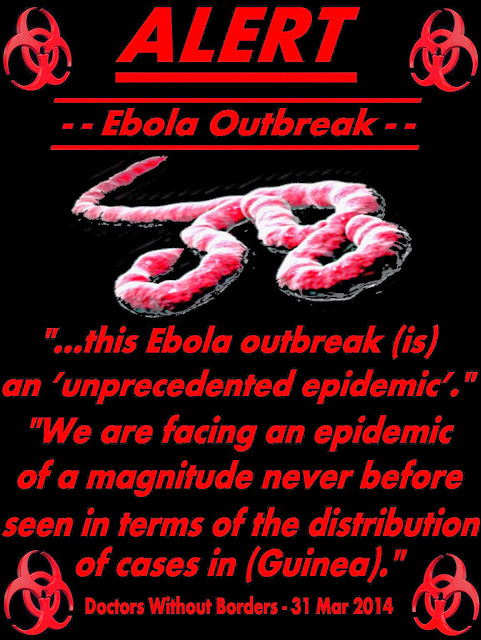 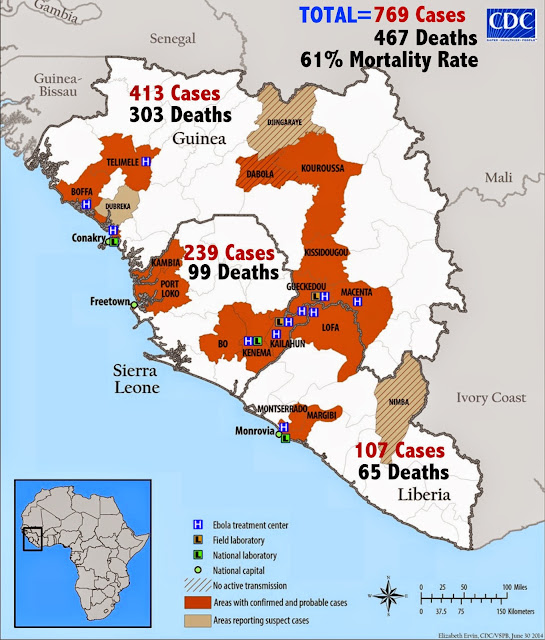 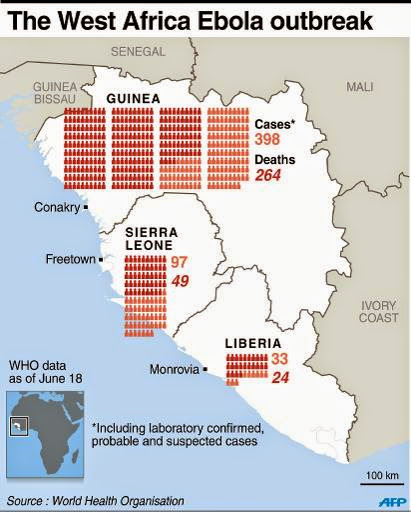 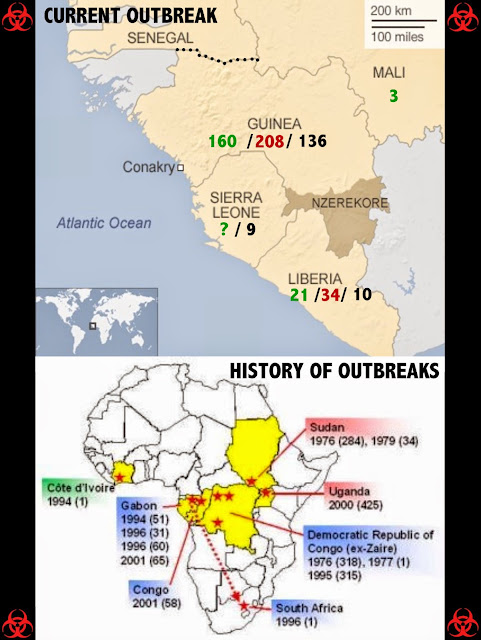 Ebola has killed 83 people out of 133 confirmed cases in Guinea as of May 12, 2014, APA can report Tuesday, quoting figures from the Guinean Ministry of Health.  According to the ministry, six new Ebola cases have been reported among suspected cases in Gueckédou, in the forest area between May 2 and 11.
However, no new cases have been recorded in Conakry since April 26.
As of May 12, 2014, six confirmed Ebola patients are currently hospitalized throughout the country, including one in Conakry and 5 in Gueckédou, while 38 have been cured, the ministry said.
About 444 suspected cases are being monitored in Guinea, 431 in Gueckédou and 13 in Conakry.
Incubation Window = 26 Days Out

23rd March 2014
GROUND ZERO - Confined to rural villages.
This area needs to be quarantined.
Ebola must not be allowed to
enter the city slums of West Africa.
Posted by The Black Rose at 11:40 PM